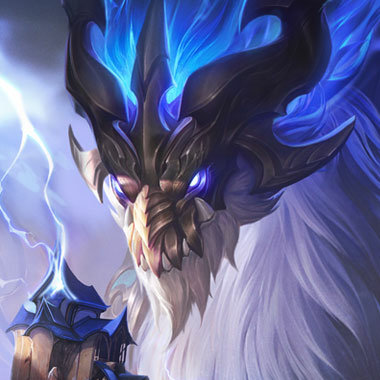 Aurelion Sol once graced the vast emptiness of the cosmos with celestial wonders of his own devising. Now, he is forced to wield his awesome power at the behest of a space-faring empire that tricked him into servitude. Desiring a return to his star-forging ways, Aurelion Sol will drag the very stars from the sky, if he must, in order to regain his freedom.

Center of the Universe - Stars orbit Aurelion Sol, dealing magic damage when they hit an enemy.

Starsurge - Aurelion Sol creates an expanding disk, which explodes to stun and damage enemies when it moves too far away from him.

Comet of Legend - Aurelion Sol takes off flying for a long distance.

Voice of Light - Aurelion Sol projects a blast of pure starfire, damaging and slowing all enemies caught in it and knocking nearby enemies back to a safer distance.