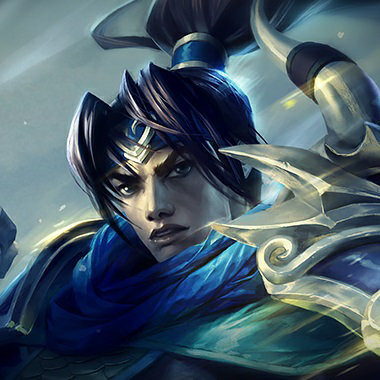 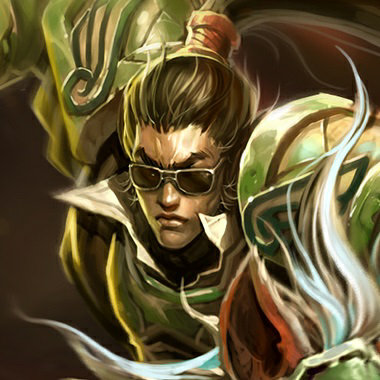 Xin Zhao is a resolute warrior loyal to the ruling Lightshield dynasty. Once condemned to the fighting pits of Noxus, he survived countless gladiatorial bouts, but after being freed by Demacian forces, he swore his life and allegiance to these brave liberators. Armed with his favored three-talon spear, Xin Zhao now fights for his adopted kingdom, audaciously challenging any foe, no matter the odds.

Wind Becomes Lightning - Xin Zhao slashes in front of himself with his spear, then thrusts it forward, slowing affected enemies and marking them as Challenged.

Crescent Guard - Xin Zhao challenges an enemy he damaged recently. Xin Zhao deals damage to nearby enemies based on their current Health and knocks non-challenged targets back, becoming impervious to damage dealt by champions outside of the circle created.

You can create your own unique Xin Zhao builds using the Xin Zhao Build Calculator or use a Xin Zhao guide from the Xin Zhao Guides list above.