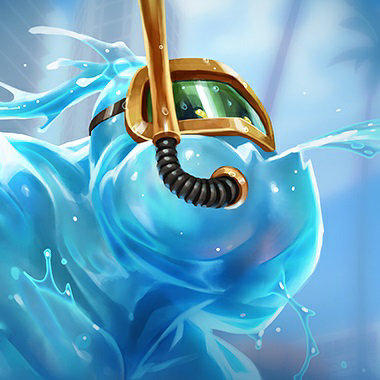 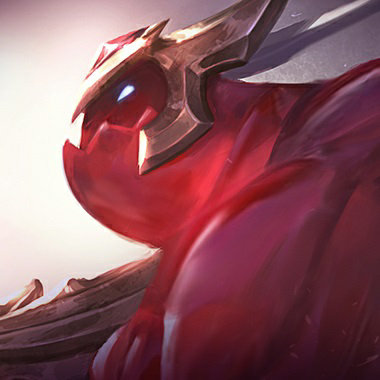 Zac is the product of a toxic spill that ran through a chemtech seam and pooled in an isolated cavern deep in Zaun's Sump. Despite such humble origins, Zac has grown from primordial ooze into a thinking being who dwells in the city's pipes, occasionally emerging to help those who cannot help themselves or to rebuild the broken infrastructure of Zaun.

Cell Division - Each time Zac hits an enemy with an ability, he sheds a chunk of himself that can be reabsorbed to restore Health. Upon taking fatal damage, Zac splits into 4 bloblets that attempt to recombine. If any bloblets remain, he will revive with an amount of Health depending on the Health of the surviving bloblets. Each bloblet has a percentage of Zac's maximum Health, Armor and Magic Resistance. This ability has a 5 minute cooldown.

Stretching Strikes - Zac stretches an arm, grabbing an enemy. Attacking a different enemy will cause him to throw both targets towards each other.

Unstable Matter - Zac explodes outward towards nearby enemies, dealing a percentage of their maximum health as magic damage.

Elastic Slingshot - Zac attaches his arms to the ground and stretches back, launching himself forward.

You can create your own unique Zac builds using the Zac Build Calculator or use a Zac guide from the Zac Guides list above.