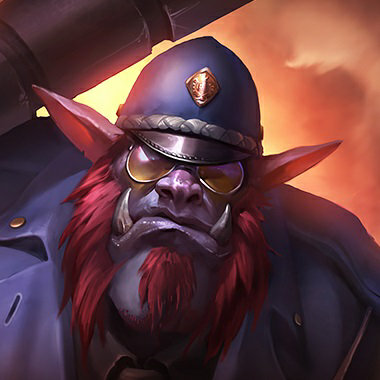 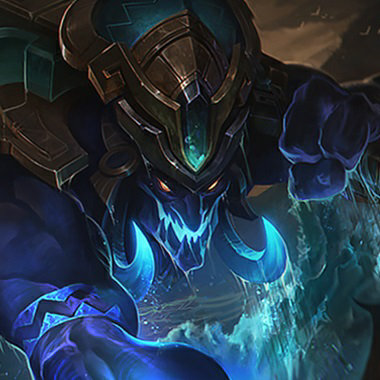 Trundle is a hulking and devious troll with a particularly vicious streak, and there is nothing he cannot bludgeon into submission—not even the Freljord itself. Fiercely territorial, he chases down anyone foolish enough to enter his domain. Then, his massive club of True Ice at the ready, he chills his enemies to the bone and impales them with jagged, frozen pillars, laughing as they bleed out onto the tundra.

King's Tribute - When an enemy unit dies near Trundle, he heals for a percent of its maximum Health.

Chomp - Trundle bites his opponent, dealing damage, briefly slowing and sapping some of their Attack Damage.

Frozen Domain - Trundle turns target location into his domain, gaining Attack Speed, Movement Speed, and increased healing from all sources while on it.

Pillar of Ice - Trundle creates an ice pillar at target location, becoming impassable terrain and slowing all nearby enemy units.

You can create your own unique Trundle builds using the Trundle Build Calculator or use a Trundle guide from the Trundle Guides list above.